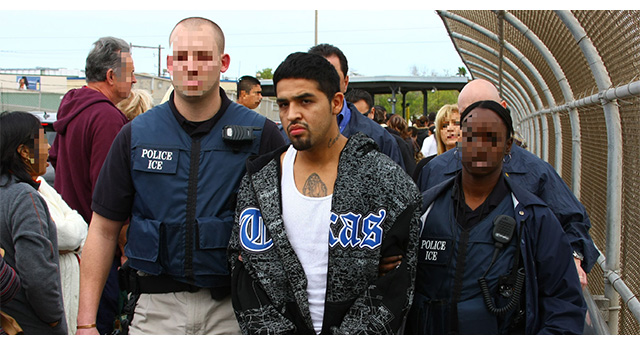 When United States Immigration and Naturalization Service (INS) was dismanted in 2003, it was replaced by three new agencies that were established within the Department of Homeland Security (DHS) – the U.S. Citizenship and Immigration Service (USCIS), U.S. Customs and Border Protection (CBP), and last but not least, U.S. Immigration and Customs Enforcement – more commonly referred to as "ICE". The closure of INS and the establishment of these new agencies was part of a reorganization of U.S. law enforcement and homeland security initiatives following the 9/11 terrorist attacks in New York City.

Of these three newly created DHS agencies, U.S. Immigration and Customs Enforcement (ICE) grew to be the largest, most recognized of DHS agencies – its primary mission to identify, investigate and dismantle national security threats relating to U.S. borders, transportation, and infrastructure. ICE is composed of two major divisions: Homeland Security Investigations (HSI) and Enforcement and Removal Operations (ERO). HSI is the investigative arm of DHS. It is made up of more than 6,500 special agents and law enforcement personnel. ERO is the enforcement arm of DHS. It was formerly called the Office of Detention and Removal Operations (DRO).


ICE Health Service Corps
Through a strategic partnership between the Department of Homeland Security (DHS) and the U.S. Department of Health and Human Services (DHHS), the ICE Health Service Corps (IHSC) was was established. IHSC was developed and operates to ensure that undocumented migrants, immigrants and aliens in ICE custody receive needed healthcare services. Currently, IHSC oversees and administers to the healthcare needs of over 35,000 migrants residing in ICE Service Processing Centers (SPC).


Training
All new ICE agents and personnel are required to complete a new hiree training program at the Federal Law Enforcement Training Center (FLETC) in Glynco, Georgia – also know as the ICE Academy. Program length is determined by the ICE division where agents are going to work and the position being applied to. A typical training program lasts from 4 to 6 months. Following graduation from the ICE Academy, most recruits are required to undergo position specific training and orientation. ERO agents and new hires will be trained in immigration law, emergency response driving, firearms, law enforcement tactics, and Constitutional law. ERO agents specializing in immigration must demonstrate proficiency in Spanish. Speaking Spanish before applying to ERO is advantageous.

The following degrees and programs can prepare candidates for a successful career in law enforcement and criminal justice.


Equipment
ERO Officers and Agents are all issued the SIG Sauer P229R pistol as their primary sidearm. The P229R pistol is .40 caliber and comes with an agency-modified DAK trigger. Other weapons systems that ERO law enforcement personnel may us include the Colt M4 carbine, Remington Model 870 and the Heckler & Koch MP5 submachine gun.

You can learn more about a career with the Enforcement and Removal Operations (ERO) division of ICE at https://www.ice.gov/careers/occupations.