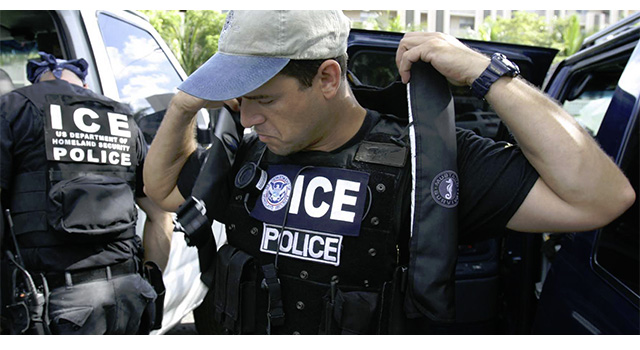 On March 1, 2003, the United States Immigration and Naturalization Service (INS) was discontinued. Under the newly created Department of Homeland Security (DHS), three new agencies – the U.S. Citizenship and Immigration Services (USCIS), U.S. Customs and Border Protection (CBP) and U.S. Immigration and Customs Enforcement (ICE) – were established to assume the functions previously performed by INS. Within ICE, two powerful investigative and immigration enforcement agencies were formed to respond to threats to U.S. national security: the Homeland Security Investigations (HSI) and Enforcement and Removal Operations (ERO) – HSI being the larger of the two.

With well over 6,500 Special Agents, the Homeland Security Investigations (HSI) is one of the largest federal investigative agencies within the Department of Homeland Security, as well as the entire United States. Formerly known as the ICE Office of Investigations, HSI today is responsible for investigating crimes and immigration violations that threaten U.S. national security. Specifically, HSI agents investigate issues relating to art theft, Cultural Property and Antiquites crimes, human trafficking and smuggling, human rights violations, arms trafficking, drug trafficking, financial crimes, money laundering, transnational gangs, trafficking of counterfeit pharmaceuticals, and a range of computer crimes (including the production and distribution of child pornography). From time to time HSI Special Agents will work closely with the Secret Service to provide additional security for politicians, heads of state, and other VIPs.

If you're interested in joining an SRT, you'll first need to become an HSI agent in a office where there is an operating SRT. To become an SRT member, candidates must be physically fit and pass a fitness exam, shoot 90% or better on multiple firearm tests, and pass a series of interviews. If a candidate passes all preliminary tests and exams, they become a "Green Team" member and begin their training with an SRT. Eventually, Green Team members are required to attend the SRT certification school located in Fort Benning, Georgia. Becoming an SRT member is exclusive and difficult. Of the roughly 6,500 Special Agents that work for HSI in the United States, only 250 are SRT members.

SRTs within HSI often work closely with other federal and state law enforcement agencies when performing high-risk operations on a large scale. HSI SRTs train with the FBI's Hostage Rescue Team, the Army's Delta Force, and the Navy's Special Warfare Development Group (DEVGRU). Through a strategic relationship with the U.S. Department of Defense's Special Operations Command, HSI SRTs have been given access to the latest combat gear and firearms designed and designated for U.S. Special Mission Units (SMUs) – elite special operations forces.

Becoming an HSI agent is very difficult. Less than 5% of applicants are ever hired and trained as HSI Special Agents.

While not always necessary, earning a college degree is a common prerequisite to pursuing a career with ICE or any of its seven divisions including HSI. Earning a four-year bachelor's degree in law enforcement, criminal justice, national security or closely related field of study is helpful, but not absolutely necessary. ICE is looking for law enforcement professionals with diverse skill sets, knowledge and educational backgrounds. A degree in computer science could land you a job just easily as a degree in criminal justice if you're interested in working in HSI's computer crimes division.

Below are some useful degrees that can get you headed in the right direction.