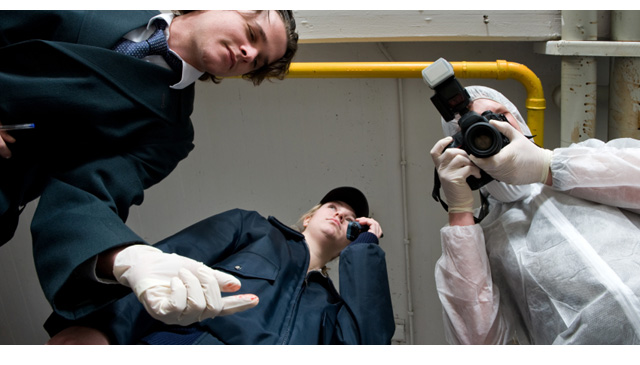 Our justice system relies on skilled, dedicated law enforcement officers to protect property, life, and uphold our nation's constitution. Within the field of law enforcement there are hundreds of professionals and each performs their duties in a variety of ways depending on their position, the organization they work for, and their jurisdiction. Whether on or off duty, law enforcement professionals are expected to exercise their authority to uphold and enforce the law.

Of all law enforcement jobs, police officers and police detectives at the local level hold the most positions. Currently, there are over 795,000 police working in the United States (Bureau of Labor Statistics). Of these, roughly eighty percent are employed by local government, 10 percent by state police agencies and 6 percent by federal agencies.

While most law enforcement jobs exist at all levels of government, responsibilities and job requirements for similar positions will vary by agency.


Uniformed Officers
Uniformed police officers are considered the generalists of the law enforcement industry. Their basic responsibilities are to patrol communities and transit systems and respond to calls for help. Specific duties include directing traffic when there's been an accident or abnormal congestion, provide assistance at the seen of an accident, or investigate burglaries and minor crimes. In urban areas, a uniformed polices officer may perform all these duties. As resources for law enforcement are limited in urban areas, these officers also may enlist the help of citizens and mobilize the public to enforce local ordinances and laws. In larger police departments, in larger cities, such as Los Angeles, Chicago, New York, etc., etc., uniformed offers perform more specific duties and often specialize in one area of law enforcement, such as burglary or crimes against persons.

Education requirements for becoming a uniformed officer vary from a high school diploma to a college degree. Most police officers must also graduate from their agency’s training academy before completing a period of on-the-job training. Officers must be U.S. citizens, usually at least 21 years old, and meet rigorous physical and personal qualifications.


Support Positions
The third category of law enforcement jobs is that of Support. Almost every law enforcement division requires support personnel. Within investigations there are numerous duties carried out by support personnel. These include evidence technicians which record, process and store evidence; crime lab technicians that process evidence to find clues and provide explanations; ballistic examiners; crime scene investigators who specialize in reconstructing crime scenes; etc. Almost all investigative roles required support positions. Sometimes support positions are filled by uniformed officers or agents who have advanced through the ranks, but they're also filled directly by professionals who've received specialized training in specific areas such as accounting, linguistics or technology.

Some of the more popular law enforcement support positions include: