Unarmed officers with communication technology are employed within correctional facilities containing direct supervision cellblocks. Those working in facilities with 50-100 inmate cellblocks typically work together with other correctional officers. Rules are enforced at these facilities by revoking privileges.


Job Outlook
Job growth for correctional officers is projected to increase by 10 percent through 2018. Growth will be spurred by increasing incarceration rates and mandatory sentencing laws many states are now instituting. 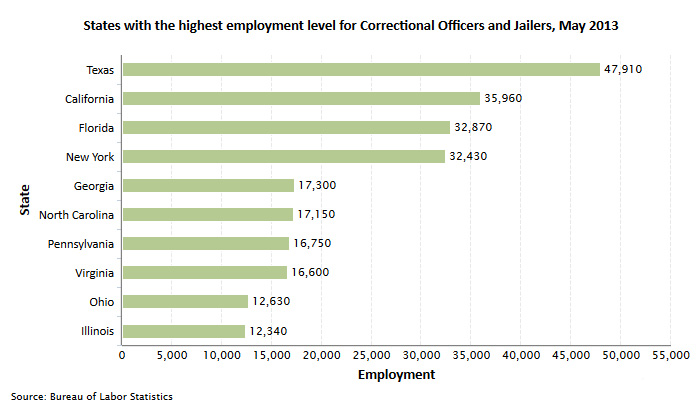