Overcoming Gender Inequality and Discrimination in the Workplace 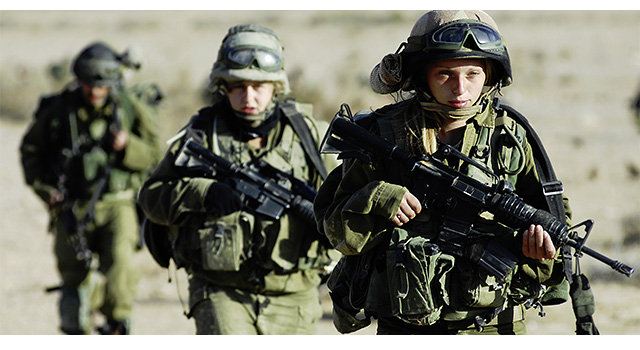 Gender inequality in the workplace occurs when an employee is treated differently, unfavorably or unfairly because of their gender. No only is gender discrimination wrong, when it affects the terms and conditions of employment, it's against the law. Despite protection from the law, many people, particularly working women, feel that gender inequality and discrimination is still a big problem in some businesses. In fact, 68% of women who participated in a TNS Research survey responded that gender descrimination is quite commonplace in the work place.

The most overt form of gender inequality is unequal pay or unfair promotions. Unequal pay is typically a form of gender discrimination against women. Men are not supposed to earn more for performing a particular job just because they are men – but all too frequently they do. Under federal law, if a woman performs the same function, achieves the same goals, and works the same hours, she is entitled to be compensated as much as a man peforming the same job. Women often have to work longer at their job than men do to be promoted.

For most of history, women where discriminated against for giving birth. When a woman got pregnant she often lost her job, her position, and was replaced with a new "more productive" worker. Since a pregnant mother was often unproductive, employers felt justified in not continuing their employment or allowing them to return to work once their pregnancy and birth was over. Today, under federal law, an employer cannot discriminate against a woman based on pregnancy or child birth. Pregnancy must be treated as any other temporary condition.

Think you weren't hired because of your gender? If so, pay attention, you may have grounds for a lawsuit. The Civil Rights Act of 1964 specifically states that it is against federal law to refuse to hire someone based on their gender. The same law also specifies that it is illegal to fire an employee, or deprive them any job related opportunities, including internships, apprenticeships or promotions based on gender. For example, a hospital can't decide not to hire a nurse because he's male any more than they can fire a doctor because she is female.

Another form gender descrimination and inequality is harassment. In this day and age you'd think we were beyond gender driven harassment in the work place – but unfortunately it still exists. Harassment takes many forms and can be difficult to prove. Sexual harassment is arguably the most egregious form of harassment and may include overt sexual advances, unwanted sexual overtures, suggestive photos, inappropriate physical contact and the request for sexual favors in return for promotions, job security or any other job related benefit. Other common forms of harassment may include bullying, off-color jokes, and any patterns of behavior that fosters a hostile environment for an employee.

Decreased productivity is another effect of gender inequality and discrimination in the workplace. Not surprisingly, when faced with ongoing gender descrimination and inequality, workers tend to lose motivation and morale and they're unable to perform their jobs as effectively. Discriminatory behaviors that can lead to loss of morale and motivation – and consequently productivity – include off-color jokes, jokes that imply inferiority, jokes of a sexual or suggestive nature, or directly suggesting an employee's performance is sub-par because of his or her gender.

In corporate America these days, performance is often team based. While individuals contribute their skills, knowledge and services, overall production and final outcomes are often based on the continuity and performance of the team as a whole. There isn't much that creates more tension, hostility or lack of continuity for a team than gender inequality or discrimination. A woman doing the same job as her male coworker – and team member – will likely feel resentment towards her male coworker if she's being paid substantially less – even if the unequal treatment isn't his fault. An atmosphere or environment filled with tension often leads to lower productivity.

Conflict is a natural consequence when employees experience gender discrimination or inequality – regardless of whether it originates from other employees or management. If, for example, a junior employee is promoted ahead of his female supervisor to a managerial position, without sound rational, it will likely be difficult for the female supervisor to accept this man as her new manager, and she may take issue with management's decision and claim that gender discrimination has occurred.


Overcoming Workplace Gender Inequality
Gender discrimination is in many instances illegal, definitely immoral and just plain wrong. In the workplace, workers should be judged, promoted and valued based on the merit of their effort, contribution and ability – not their gender. So what should you do when you think gender discrimination is occuring in your workplace? Consider the following:

Reporting Gender Discrimination
If you are discriminated against in the workplace due to your gender, the first step is to report – in writing – the act(s) of discrimination or harassment to your employer. If your employer doesn't handed your complaint fairly, you can then report it to the government. The U.S. Equal Employment Opportunity Commission enforces the federal discrimination laws. An employee who believes he or she has been the subject of discrimination can contact the EEOC’s Office of Equal Opportunity to file a complaint. Complaints can be filed at http://www.eeoc.gov/employees/howtofile.cfm.