20 Industries Where Jobs Are Coming Back 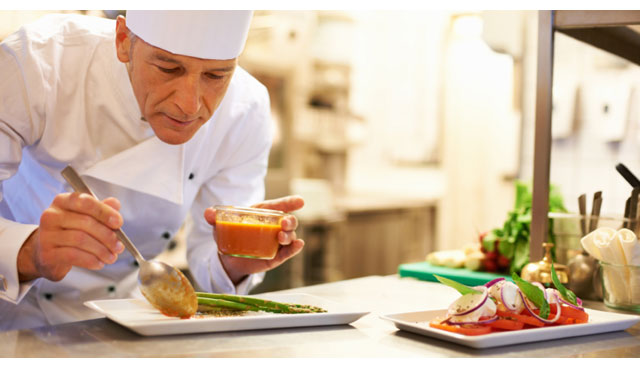 Although current economic conditions are disheartening, there are some indicators that jobs are returning to America.

Recently, jobs have been added to the private sector for several consecutive months. However, with 15 million Americans still looking for work, it's premature to declare an end to the recession. Likewise, job growth is still poor in many important industries. Even with this bad news, there is some good news since consumers are more confident and Americans who've been unemployed for extended periods of time are gradually finding jobs. As consumers increase spending, businesses will be confident enough to expand and hire more employees.

Most Americans are concerned about the economy, and the unemployed are desperately searching for job opportunities. According to Department of Labor statistics, during the last 3 years, job losses have discontinued in many industries, but employment has not increased. However, there are industries that are growing and hiring new workers.

Even in growing industries, total employment is below 2007 employment levels, which many economists mark as the beginning of the recession. It will take time for the economy to recover and reach full employment. However, economic growth must begin somewhere, and certain industries are slowly beginning to grow. The following are 20 industries experiencing job growth:

Admin and support. It might be just one hire here and another there, but companies are finally starting to rebuild their office staffs. As corporate bosses gain more confidence in the recovery, they'll shift from temporary hires to more full-time staffers. Employment services. The people who help others get jobs are finding more work themselves, a good sign that overall hiring is picking up for real. Demand for temporary workers usually comes first, followed by more interest in permanent full-timers. Healthcare. There was barely a recession in healthcare—employment has been rising consistently in almost every specialty. This is one of the few fields in which there are more jobs today than before the recession began. A lot more, in fact. Restaurants. Boy did we miss those restaurant fries. After a sharp cutback in 2009, Americans have started eating out again. Some luxury joints are still struggling, but family restaurants that offer good value are starting to get busy. Retail. Consumers are still feeling thrifty, mainly because debt levels remain too high. But people are starting to spend again, and many retail outlets are hiring. The strongest gains are at electronics and appliance stores. Department stores, discounters, and clothing retailers are hiring, too. Mining. The growing demand by China and India for copper, aluminum, iron, and a variety of other minerals is helping boost the mining industry worldwide. So is a spike in the price of gold and silver. And domestic demand for coal is bouncing back as the economy recovers. Religious and nonprofit groups. Donations dipped during the recession, but religious, nonprofit, social, and business organizations have fared okay lately as endowments linked to the stock market have recovered and other sources of funding have stabilized. Clergy—a somewhat recessionproof calling—represent the single largest profession within this group. Salespeople and customer-service reps. What companies need most right now is new business, and that takes good salespeople. Plus, during the recession, some companies cut too deeply into the ranks of those who take care of customers. They're beginning to rectify that now. Computer systems design. A lot of lower-end IT work has been outsourced to India, but companies still need talented systems designers and other well-trained technicians to develop customized software, keep up with new technology, and connect far-flung systems. This is likely to be one of the fastest-growing job markets over the next several years. Transit and ground transportation. Bus drivers have enviable job security. As Americans have cut back on driving to save money, more people have turned to public transportation. The number of bus, subway, and other transit jobs is up overall since the recession began. Hotels. Business travel is picking up after a sharp drop, and some consumers are taking vacations again, too. Budget and value properties are hiring the most. Federal government. State and local governments have been cutting deeply, but federal jobs are safe—for now. Newly empowered Republicans who want to cut government could change that, however. Management. Big companies cut thousands of management jobs when the recession hit—and some of them went too far. So they're slowly starting to rehire. With some foreign economies growing faster than ours, multinational companies are looking for managers willing to travel and perhaps even relocate overseas. Performing arts and recreation. As Americans have cut back on lavish travel and long vacations, they've spent more time and money exploring local parks and attractions and even going to sporting events. Plus, people who have been scrimping and saving just need a night out every now and then. Warehousing. It's good news for the overall economy when activity at warehouses, refrigeration facilities, and other storage areas picks up, which it has. The goods that pass through those places end up at business and retail outlets, boosting jobs elsewhere. Oil and gas extraction. The energy sector dipped during the recession, as consumers and businesses cut back on use. But global demand for energy remains strong, and natural gas in particular looks like a booming industry. Jobs in this field tend to be high-paying, with a need for specialists like petroleum engineers, geologists, and hydrologists. Rail transportation. Like warehousing, the railroad industry is a good gauge of which direction the overall economy is headed, since much of what we buy gets shipped by rail at some point. The train seems to be picking up steam. Waste management. The trash needs to go out no matter what's happening in the economy. And as the economy recovers, we seem to be producing more of it. Web portals and Internet publishing. It's killing other industries, but the Internet itself is still a booming industry that's creating jobs. The overall number of jobs at search engines like Google, portals like Yahoo, and a variety of new and growing online outfits has risen consistently over the last three years. Management and technical consulting. A lot of laid-off managers and other professionals have become self-employed consultants—a trend that's likely to continue. Many companies want to hire seasoned people on a temporary or project basis, instead of bringing them on full-time. Consultants able to manage several clients at once can earn more than they did with a single employer.
Top 10 Articles
Company Information
About
Privacy Policy